It is very probable that Iseppo (Giuseppe) Porto's decision to undertake construction of a great palace in the Contrada dei Porti was taken to emulate the edifice that his brothers-in-law Adriano and Marcantonio Thiene had begun to erect, in 1542, only a stone's throw away. It is also possible that it was Iseppo's very marriage to Livia Thiene, in the first half of the 1540s, which provided the concrete occasion for summoning Andrea Palladio.
The palace was inhabitable from December 1549, though less than half the façade was standing and would only be completed three years later, in 1552. Numerous autographed drawings by Palladio record the complex design process. They show that right from the beginning Palladio planned for two distinct, residential blocks, one to lie along the street and the other contiguous to the back wall of the courtyard. In the Quattro Libri the two blocks are interconnected by a majestic courtyard with enormous Composite columns: this is quite clearly a re-elaboration of the original idea in the interests of publication. 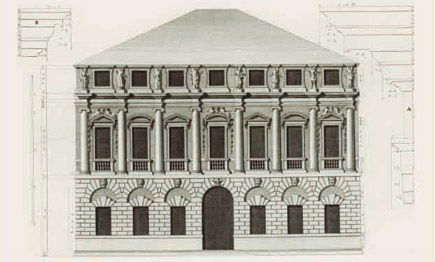 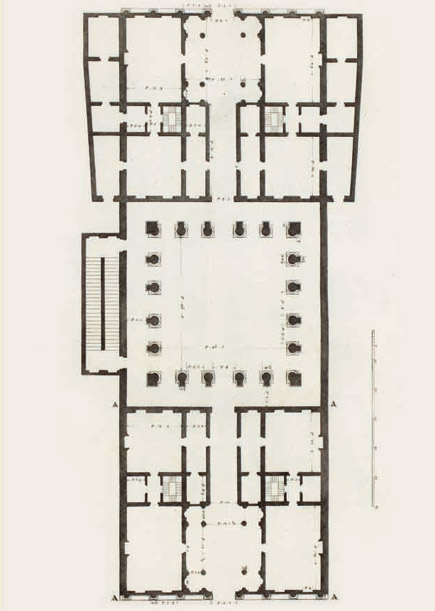